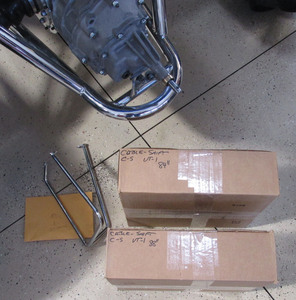 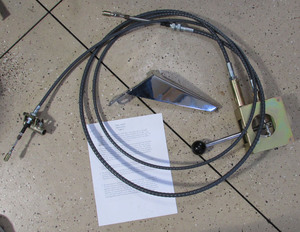 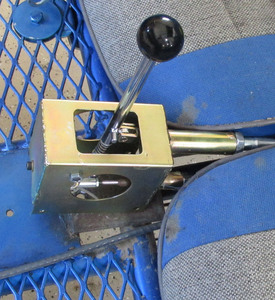 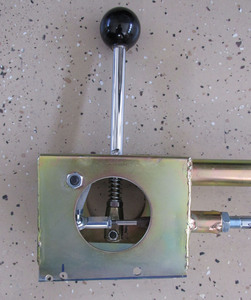 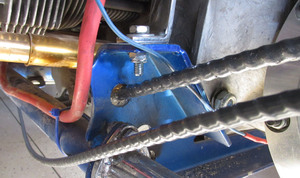 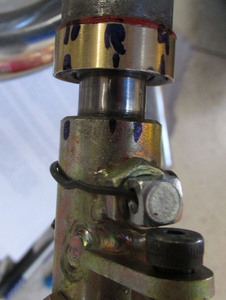 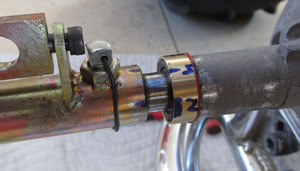 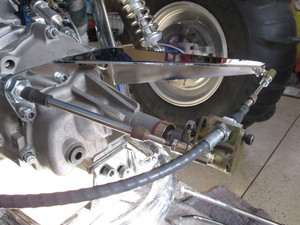 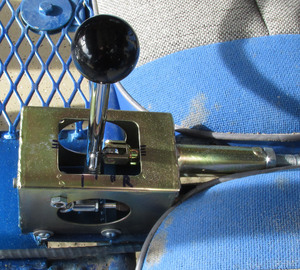 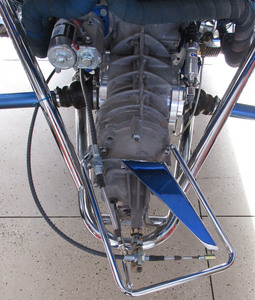 Part number:
84"
Your cost:
$613.00
Description:
This kit went on our own sandrail.
It's a 2 seat mid engine with the gas tank between the driver and the engine.

We measured 84" for the primary cable length. Thought 83" would do it and added an extra inch to be sure. Should have added 2" and got an 85". Remember that when ordering yours.

The following pics will show you what needs to be done to prep for an install.

Unpack your order
Locate the shifter in the general area it will sit
We modified the base of ours (by trimming off some) to sit at an angle to accommodate the seats.
Trim 2 pieces of pipe (or use other mounts if desired) to 2 7/8" long to fit inside the width of the shift box. Place them where you will mount the box. We welded them in place, set the box on them and fasten with through bolts after drilling our own bolt holes.
We drilled a hole through our engine/trans support brace to allow a straighter passage for the 84" cable
Grab the shift rod coupler with channel locks and locate each of your gears placement with a felt marker. We show 2nd, reverse, 4th and Neutral on the brass bushing/seal holder. 1st and 3rd are just lines on the coupler. This will help you determine if you're actually in that gear later. We also measured how much gap is left between the coupler and the brass bushing/seal holder, when in those respective gears, so we can tell if we are getting full engagement to those gears later.
Next, the cables get connected again and the tedious task of dialing in the shifter with those cables, begins.
The marks and measurements we made earlier were a great help, as I did this install by myself to show that it can be done.
You can see the felt marks on the zinc shift box to indicate the gear locations. Those are for the actual driving test for quick reference.
The box will be removed, primered and painted to match the car later.

We accept the following forms of payment: